On the east side of the Needles at Great Barrier Island. Hauraki Gulf, New Zealand.
In a surgey zone around large boulders I found this group of silver drummer. We played peek a boo around boulders in the surge and when I got to close they would zoom off into the white water, the light levels were low, shot this image at 1/40th of a sec. Surprised that there is sharpish image at all. Shot on a Nikon D2x with a 12 to 24mm lens set at 12mm. D2x is only good up to 200ISO. Need to get an underwater housing for my D700. 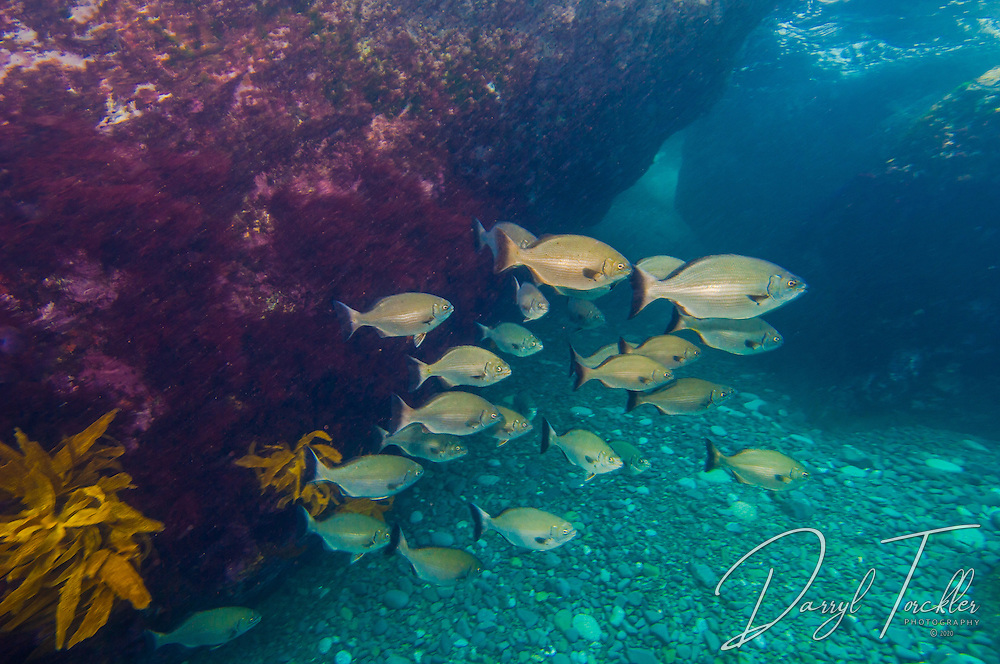